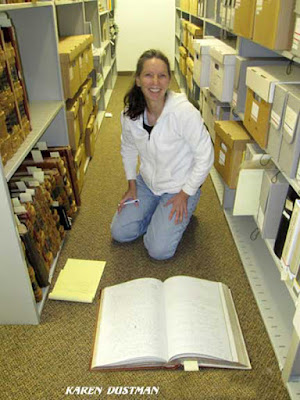 Season One:  Episode 31
Telling Your Story with Karen Dustman

Karen Dustman is a California-based journalist and author.  From home improvement to history, natural health to self-help, she's written about it during her twenty-year career.  "The best part of being a writer is I get to write about whatever I'm interested in, and I'm interested practically everything!" she laughs. 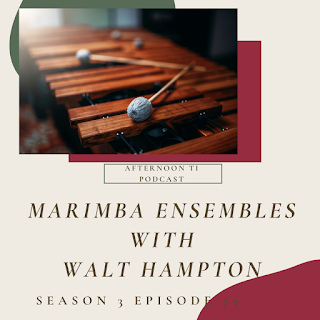 Walt Hampton Bio:
Walt Hampton received his teaching certificate as well as Bachelor of Music and Master of Music degrees in Percussion Performance from Central Washington University.  He has served as Principal Percussionist or Timpanist with numerous symphony orchestras, and he frequently performs on drum set, providing backup for several notable jazz artists who tour the Northwest.  He is also a frequent performer on the guitar and bass, and an active composer.

Walt has presented clinics and workshops on three continents, as well as national, regional, and state conventions for AOSA and MENC.  He frequently tours and performs with his student marimba bands, Rugare (elementary age), 'Baduku (middle-school age), and 'Bahuru (high-school age) performing a variety of styles, including Zimbabwean-flavored marimba music from his books, Hot Marimba!, Marimba Mojo!, and Son of Hot Marimba.  Walt teaches K-5 General music at… 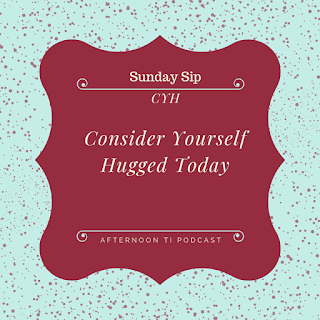 Hello friends and welcome to Sunday Sip on Afternoon Ti.  Each Sunday for the remainder of the year I plan to share a single idea, thought, or meaningful take-away in hopes that you’ll be encouraged and inspired as you prepare to enter the next new week of teaching.

Consider this episode a virtual hug from me to you.  We’ve made it through a few months of school already and you might be feeling like you need a hug.  Someone to tell you that it’s going to be okay. That what you’re giving day in and day out matters.  That you matter. One of my all-time favorite administrators that I ever worked under was Linda Humphrey.  She was warm, compassionate, and a wonderful leader. I began working with her after a really hard year of teaching and transition. She brought joy back to teaching for me.  And she always ended her emails with CYH - consider yourself hugged. I knew she meant it too. She was a hugger. She hugged students as they entered…